Gardening Recipes
Craft Projects Photography
Last week, my sister-in-law asked me if I could watch her four kids and a friend from school. While babysitting five kids under the age of nine is a departure from my daily routine, crafting with kids (in classes & parties) is not so unusual. So before I left home, I grabbed some clothespins, a bin of acrylic paints and pens, and several bottles of Mod Podge. The idea, was that we would make clothespin versions of our family members. 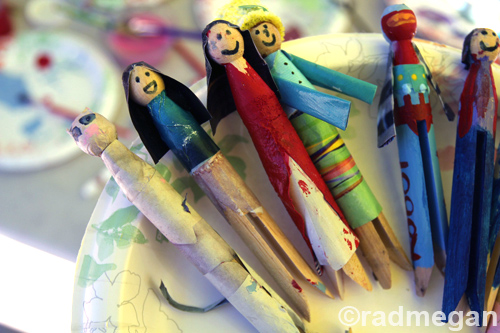 When I arrived at my SIL’s house, and the kids saw that my arms were full of supplies, they were ready to rock! They love crafting and were really enthusiastic about working with Mod Podge (their first time!)

Before the clothespin crafting began, I told everyone that we’d all be wearing super fashionable aprons that were HANDMADE. Excitement mounted until I handed them a paper grocery bag and pair of scissors. 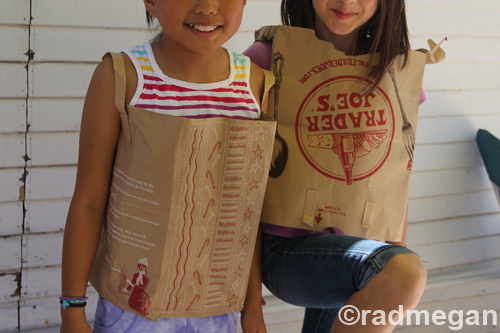 But after we discussed different styles, the gang was (slightly more) excited to don their bags, and move onto the messier of the crafts…

We started by doing a headcount of how many pets and people we had in our families. I passed out clothespins to everyone, and their own paper plate to mix paints and pour out a bit of Mod Podge. 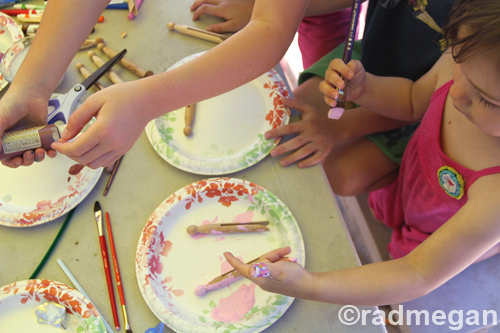 Most of the kids started with the faces of their loved ones, and then moved onto a base coat of paint for the clothes. 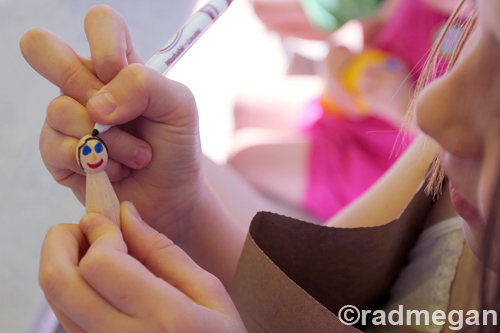 When I showed the kids how Mod Podge worked things got really interesting! 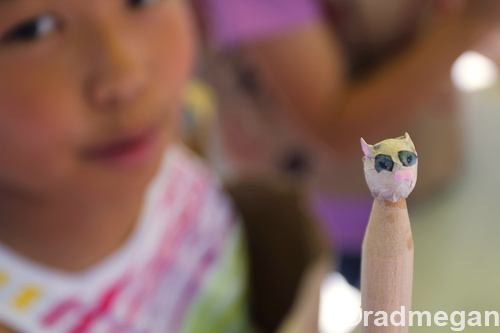 Kitty ears and tails were born, arms and sleeves were constructed and bee-hive hair do’s were erected! It was awesome! 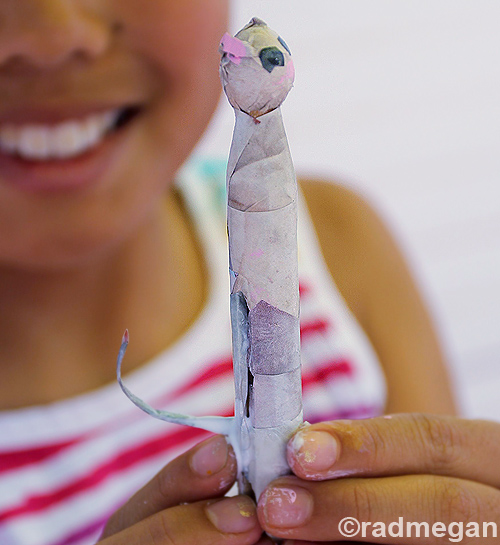 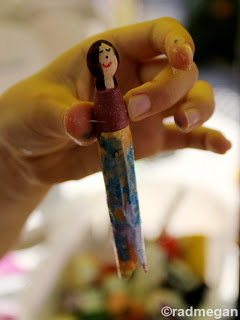 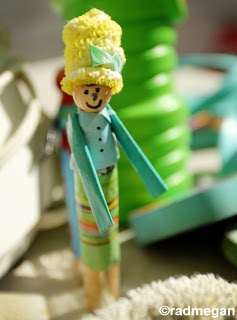 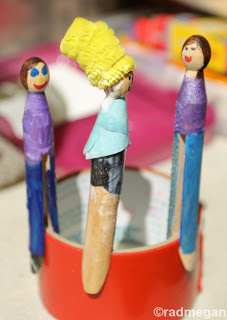 We dried our clothespin family members upright, on a roll of tape. 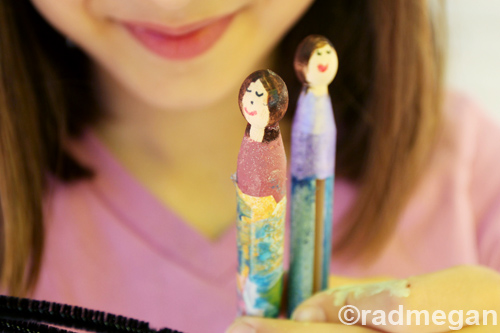 And when their parents came home, they were greeted with miniature versions of themselves. 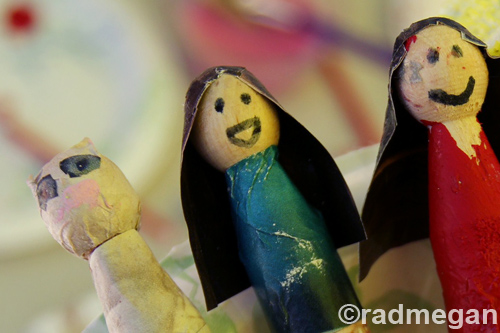 Here’s the entire collection of clothespin people with a bonus robot, cat and dragonfly. 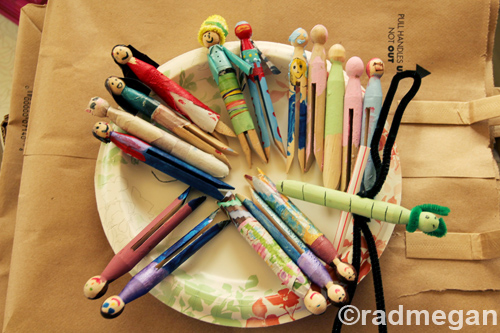 They shared pens, magazine scraps and paint better than a lot of adults I know, and it was so inspiring to see their creations! I LOVE crafting with kids and tons of projects in mind for upcoming kid craft classes, parties AND the next time my SIL needs an emergency sitter!

The Five-Month Onesie: A (Sort of Spooky) Handprint

Playing Dress-Up with Fancy Felted Jewelry
Warning: count(): Parameter must be an array or an object that implements Countable in /webroot/r/a/radme001/primary/www/wp-includes/class-wp-comment-query.php on line 399