Do you ever get obsessed with the idea of making something at home (a recipe or craft) and you KNOW it will take a million times longer to make it from scratch, than if you just bought it, but you hunker down and make it anyway? Most of the time I can tell these obsessions to quiet down.. but occasionally (marshmallows, and ginger chews anyone?) an idea pops into my head, sets up camp, and stays there until I see the project out. This week, my obsession was with pumpkin donuts. 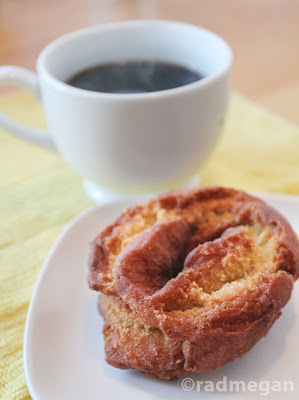 Have I ever tasted a pumpkin donut before? No. But don’t they sound yummy? AND I grew SEVEN pumpkins in my garden this year, so using a couple of mini pumpkins instead of canned pumpkin… well, sure it ADDS a ton of work and time to the recipe, but it somehow makes me feel like the donuts are healthy… you know, because they came from MY garden. 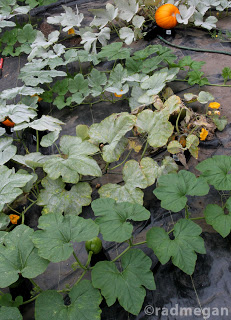 I wasn’t the one who thought pumpkin donuts would be incredible. After a little internetting, I found a recipe on epicurious that looked delicious. It also looked like it used every item in my pantry… 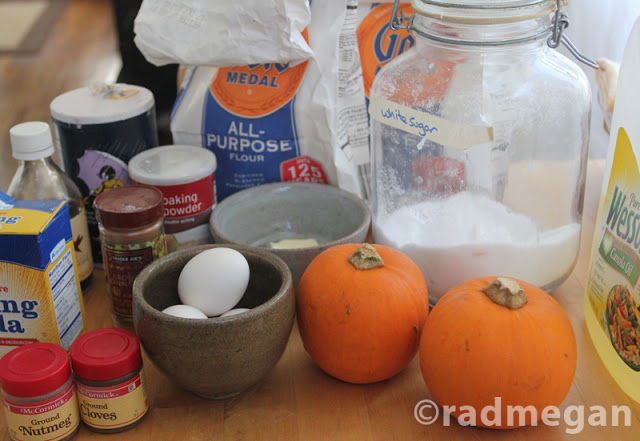 
2 teaspoons ground nutmeg
The epicurious recipe called for one cup canned pumpkin… but since I had two home-grown Baby Pam Sugar Pies, I HAD to use them. I washed and peeled off the skin, and baked them in the oven, (drizzled with just a little olive oil) at 400 degrees until soft. (about 35 minutes) 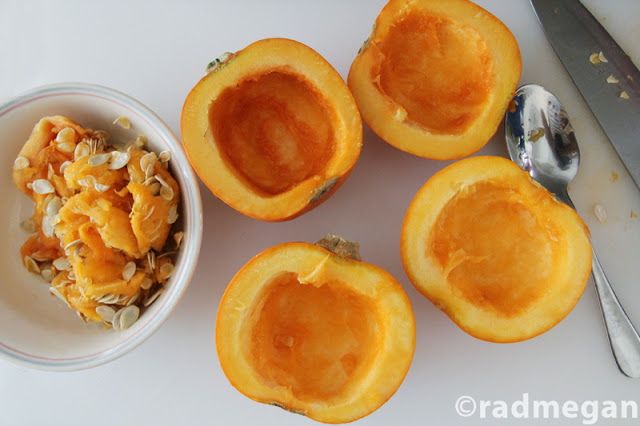 Then I mashed them with a potato masher. Presto! Nearly an hour later I had the fresh version of canned pumpkin. 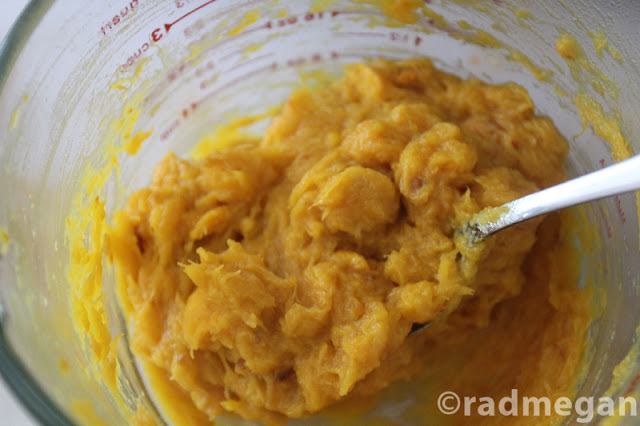 Next up, I whisked first 8 ingredients (flour, baking powder, salt, ground cinnamon, ground ginger, baking soda, ground nutmeg and ground cloves) in medium bowl. I beat the sugar and butter in a large bowl until blended (mixture was grainy). I beat in the egg, then yolks and vanilla. Then, I gradually beat in buttermilk; beating in pumpkin in 4 additions.


Then, I covered with plastic and chilled the bowl in the refrigerator for 3 hours!


When the three hours are up, sprinkle 2 rimmed baking sheets with flour. Press out 1/3 of dough on floured surface to 1/2- to 2/3-inch thickness. Using 2 1/2-inch-diameter round cutter (I only had a 2-inch), cut out the dough rounds. Arrange on sheets. Repeat with remaining dough in 2 more batches. Press out dough and cut out more dough rounds until all dough is used.

Using 1-inch-diameter round cutter or shot glass, cut out center of each dough round to make donuts and donut holes. 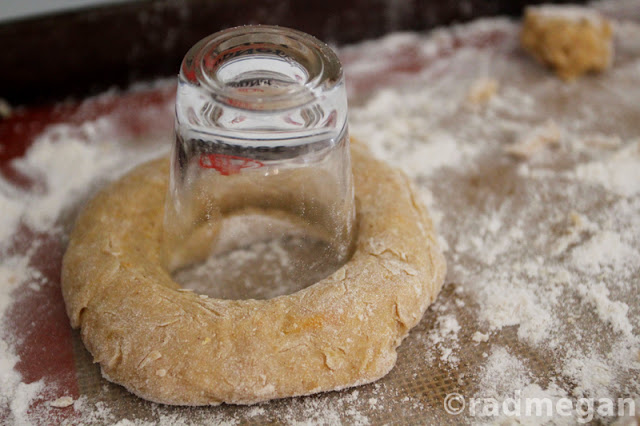 I found that the dough was pretty sticky, and while the recipe originally called for “lightly floured” baking sheets, I was thankful that I had been heavy-handed with my flour. 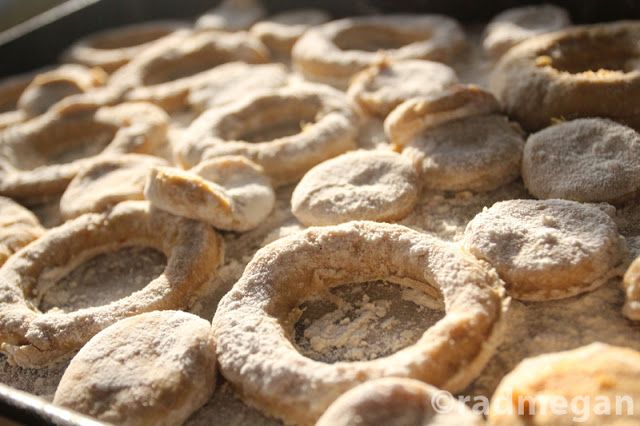 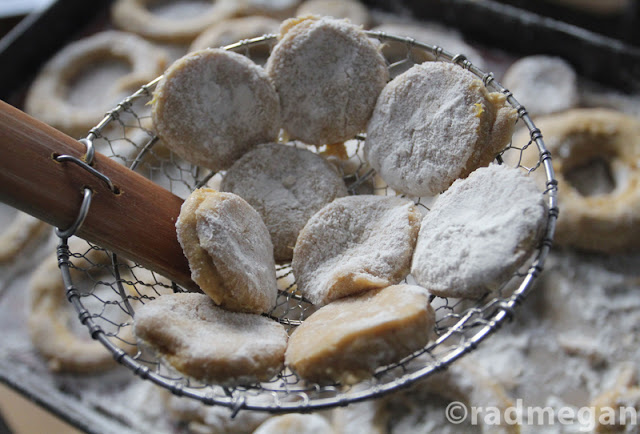 Using slotted spoon, transfer to paper towels to drain. Fry donuts, 3 or 4 at a time, until golden brown, adjusting heat to maintain temperature, about 1 minute per side. 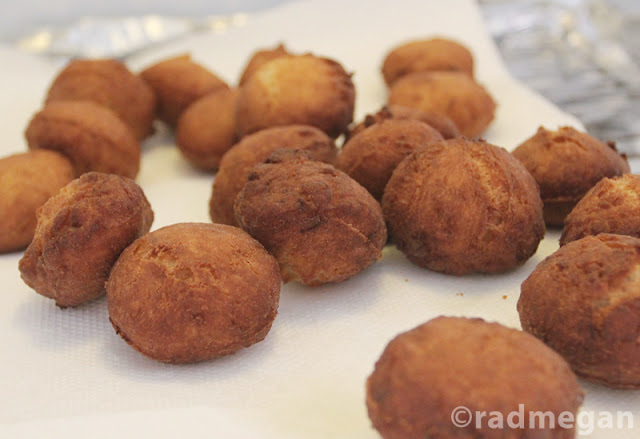 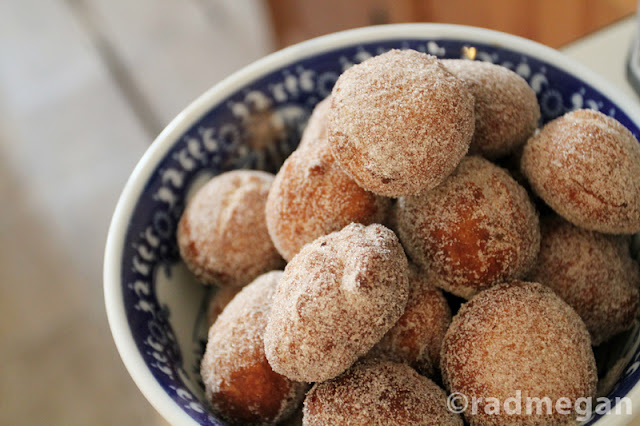 Add donut holes to bowl of spiced sugar and toss to coat. 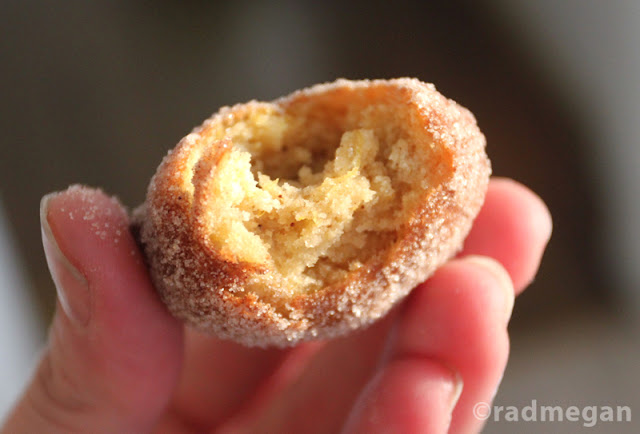 FYI, there was a glaze recipe for the donuts, but I opted to leave my donut holes sugared, and my donut RINGS, plain… I really wanted to taste the pumpkin.


This recipe took a long time, what with the homemade pumpkin, and the batch frying (I move slowly and cautiously around a boiling cauldron of oil). But the recipe satiated my obsession for pumpkin donuts, and it really pleased all of the friends and family I shared them with. 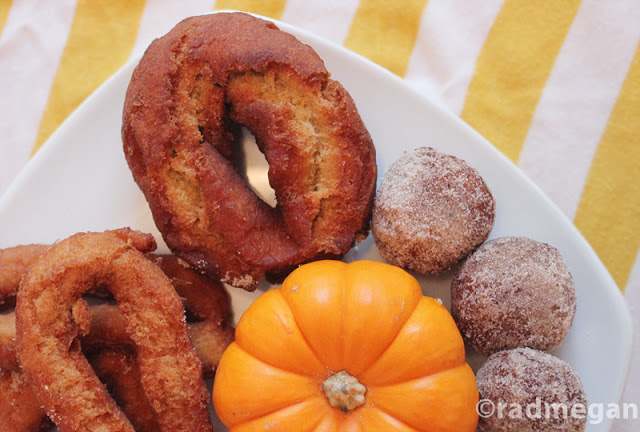 And I do still have five Baby Bear and Autumn Gold pumpkins in the garden… I’m looking forward to more garden-fresh pumpkin recipes!

I Love Scotch (Eggs)
Warning: count(): Parameter must be an array or an object that implements Countable in /webroot/r/a/radme001/primary/www/wp-includes/class-wp-comment-query.php on line 399