Gardening Recipes
Craft Projects Photography
When I was in Norway this summer, I visited the Norsk Folkemuseum to see the famous Stave Church, sample the fresh-made Lefsa and Geitost (goat cheese pronounced “Yay Toast!”) in the museum’s 16th century village, and check out their huge collection of Norwegian and Sami clothing, furniture and weapons. What I didn’t expect to see at this museum was a massive collection of knitting and weaving tools on display. One of the tools that caught my eye was a knitting fork, also known as a lucet. 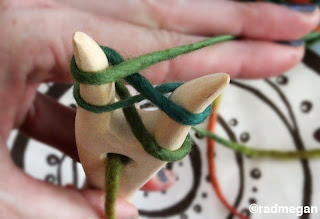 Vikings used these lucets to make cords and clothing. Since the weather is cooling off, and since (despite previous blog entries) I don’t practice many Viking habits, I wanted to use my lucet to make an insulate necklace/scarf hybrid! 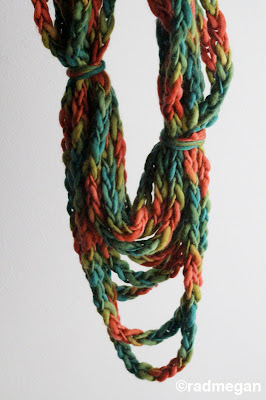 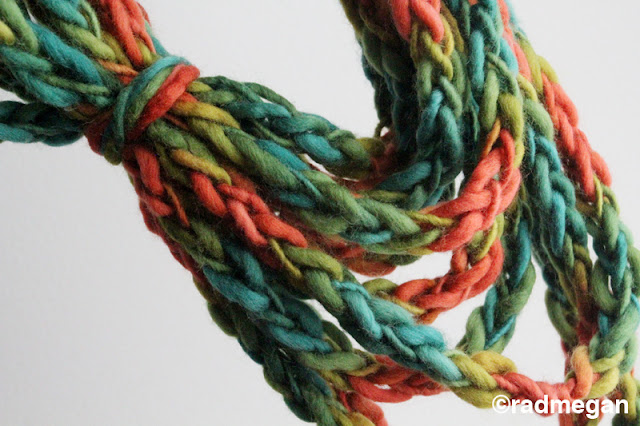 I wound the chain around my neck so that it would be the length I wanted. Then I took two 4-inch lengths of yarn and wrapped them around two parts of the Necklace/Scarf to keep the chains in place. 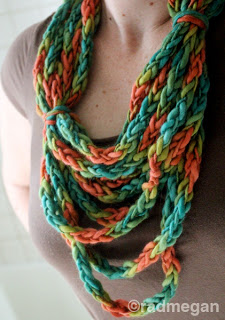 When I was all done, I was pleased with my oh-so-warm accessory. It was quick work and it got my mind racing about all the other applications I could use a knitted chain for! The lucet itself is a great crafty tool for any young boys or girls to try out too- since the steps are so few, and the result so fast!
UPDATE: Hand-made lucets are now available!!

Knitting a Jute Satchel
Warning: count(): Parameter must be an array or an object that implements Countable in /webroot/r/a/radme001/primary/www/wp-includes/class-wp-comment-query.php on line 399