Gardening Recipes
Craft Projects Photography
This weekend, I hosted a private party at the Urban Craft Center in Santa Monica. The event was in honor of an 8-year-old birthday girl. She and 10 of her closest BFF’s wanted to celebrate by learning to needle felt cupcakes. (Eight-year olds with barbed needles… How many of you just winced while reading that?) 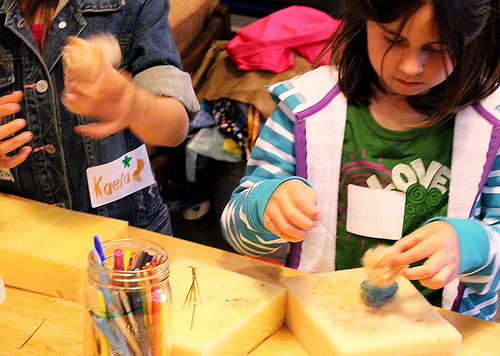 While there were a few Band-aids and hugs doled out to the girls who ended up with needle-induced “owies,” most of the girls were tireless in their drive to complete not just one needle-felted cupcake, but an entire bakery’s worth of woolen treats! 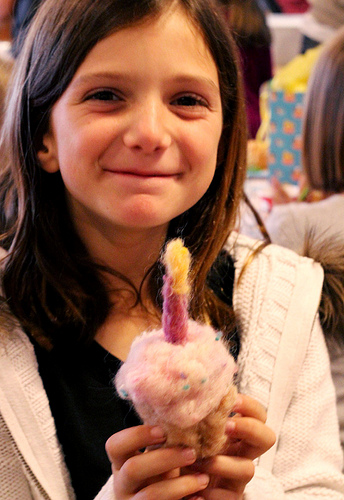 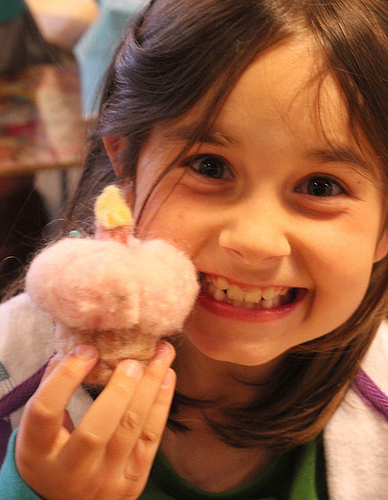 Should I feel bad about getting them hooked on this craft at such a tender age? Because I do not feel bad. In fact, it was really inspiring to see eight-year old get so excited about piles of woolly fluff, hear them discuss the eating habits sheep, and watch them fill with pride as they completed each project. 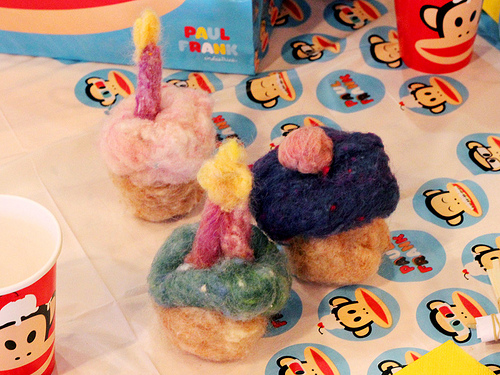 Mind you, this was a private birthday party, so the birthday girl’s mom supplied decorations, lunch AND cake. Even with real cake to tempt and distract them, many of the kids kept sneaking back to the crafting table to make more needle felted confections. 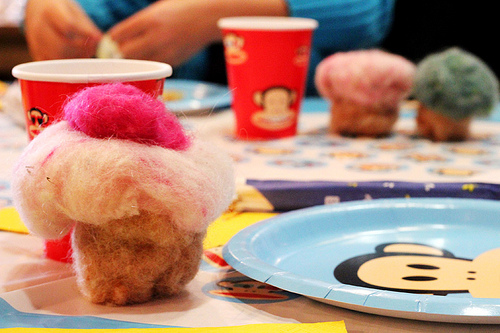 After the girls inhaled their (non-felted) cake (from SusieCakes! One of my favorite bakeries in LA!), and all of the crafting supplies had been put away, I received several thank you hugs and drawings from my pint-sized craft-a-holics.
The birthday girl and all of the party-attendees left with huge smiles. I left and went home to collapse on my couch with a nice cup of tea. All in all, it was a successful crafting birthday party at the Urban Craft Center and a fun way to spend a Saturday afternoon!
If any readers in Los Angeles are interested in having a private party (for kids or adults) at the Urban Craft Center, let me know, or fill out the party request form on their site, here.

Needle-Felting Project: Bluebirds
Warning: count(): Parameter must be an array or an object that implements Countable in /webroot/r/a/radme001/primary/www/wp-includes/class-wp-comment-query.php on line 399