Much to my dismay, I did not wake up in France the morning.


I hadn’t planned a trip there or anything, but last night I had a dream about a quaint French village, lined with brightly painted cottages and lush gardens. When I woke up to the sound of a leaf blower, siren AND a baby crying, I quickly realized that I was still in Los Angeles- NOT in a cottage in France- so I was grumbling about it. My husband (wide awake and ever the optimist) heard my complaints and thought I was planning breakfast: French Toast and Cottage Cheese?! While this was not my intention initially, it’s as close to a French Cottage as I will get today. 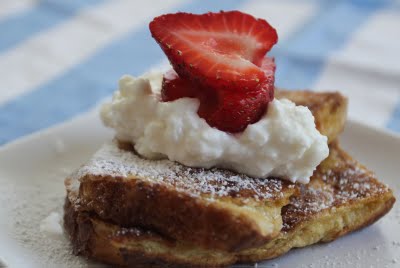 I’m sure everyone has their own french toast recipe. My mom handed this down to me, but every time I make it, it changes (just like mom’s does.) The batter includes: eggs, milk, cinnamon, vanilla. I *tend* to use the following measurements, but I’ve found that even when I get heavy-handed with one thing or another, things end up for the best.
2-3 eggs
1/4 cup milk
1 tsp cinnamon
1 tsp vanilla extract
1/4 almond extract
Bread slices (French Bread, Challah, Hawaiian Bread, etc.)
Butter for the skillet
I whisk all of the ingredients in a bowl and drop in a couple of slices of bread to soak up the batter. Then I get my skillet hot and buttered. I line the skillet with my battered bread, and let the pieces cook until they are golden brown on both sides. 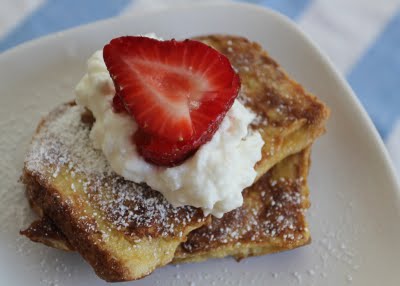 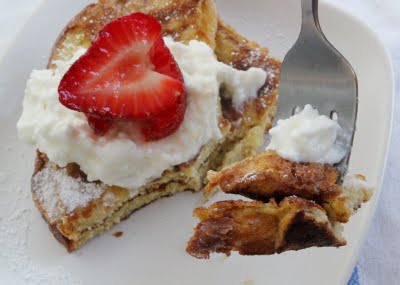 It’s not like waking up in France, but it’s not a bad way to start the day either!

A Quick and Healthy Carrot Salad