It’s almost Halloween and my pile of failed “spooky” crafts is growing with reckless abandon! Some of them had so. much. potential that I’m STILL tempted to post here. But I won’t. That would be mean of me since the crafts I’ve been hiding from you seem to take pleasure in breaking when I look at them, or never fully drying…ever. I feel like posting them online might transfer some bad craft juju your way. In fact, I’m starting to think that Halloween is the craft season that I just can’t get right. Last year, was also unlucky for creepy crafts. Boooo indeed. 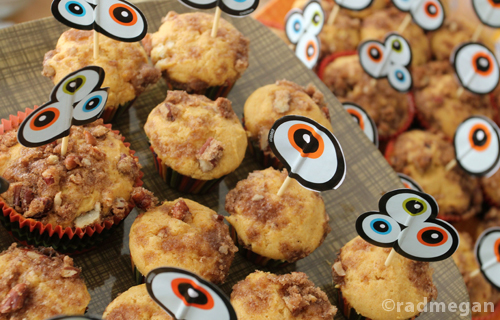 Fortunately, when my themed crafts tank, I open the fridge… and start baking.
I’ve been on a real pumpkin kick lately, and as a dedicated coffee-drinker, I decided that what I needed was some pumpkin coffee cake in my life. This recipe is quick, tasty, and if you made any of my other pumpkin recipes this month (yes, all results of failed crafts) you probably have some pumpkin in the house somewhere!

Directions
In a small bowl, combine sugars and cinnamon. 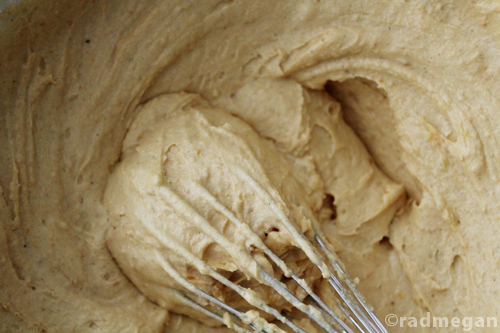 Cut in the butter until mixture resembles coarse crumbs. Stir in pecans; set aside. In a mixing bowl, cream butter and sugar. Add eggs, one at a time, beating well after each addition. Combine the sour cream, pumpkin and vanilla; mix well. Combine dry ingredients; add to creamed mixture alternately with sour cream mixture. Beat on low just until blended. Spread the batter into two greased and floured 8-in. round cake pans. OR, as many cupcake papers as you can find for individual servings. Sprinkle with topping. 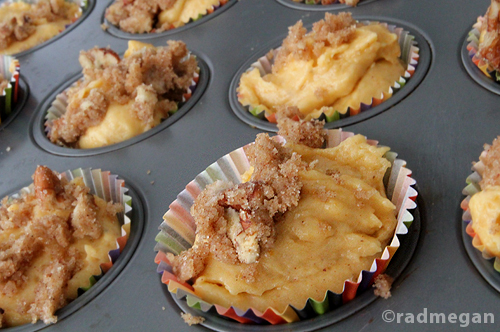 Bake at 325 degrees F for 40-50 minutes or until a toothpick inserted near the center comes out clean. 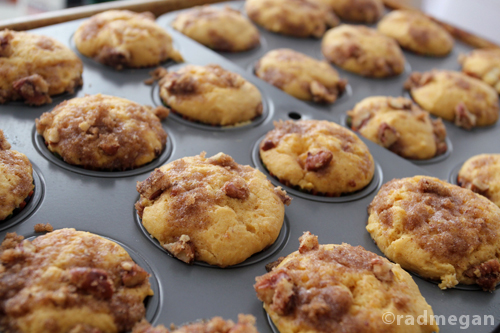 I found this recipe online, and would make it again, but next time, I think I’d consider pairing it with something savory like rosemary and bacon. Since I baked mine in individual cupcake wrappers, the cakes were not overly sweet, and I think marrying them with something savory would produce fun and unexpected results… stay tuned. 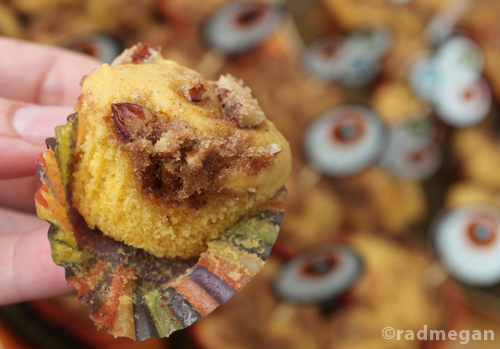 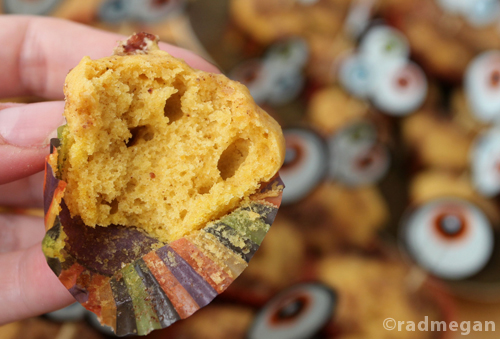 Nom nom nom nom… Back to the crafty drawing board!

Cooking: Meringues
Warning: count(): Parameter must be an array or an object that implements Countable in /webroot/r/a/radme001/primary/www/wp-includes/class-wp-comment-query.php on line 399