Gardening Recipes
Craft Projects Photography
I read through probably thirty cookbooks this past weekend. After a series of festive Christmas celebrations with my family in San Diego, we all collapsed into couches, armchairs and recliners to watch Scrooged, flip through magazines and catch a few winks. I took advantage of a lot of the downtime by combing through stacks of my mother’s cookbooks. I was looking for festive and non-alcoholic party drinks to help ring in the new year. When I came across New York Egg Cream, I was intrigued and wanted to find out more about this eggless, cream-less thirst-quencher from the days of soda fountains and bobby socks. 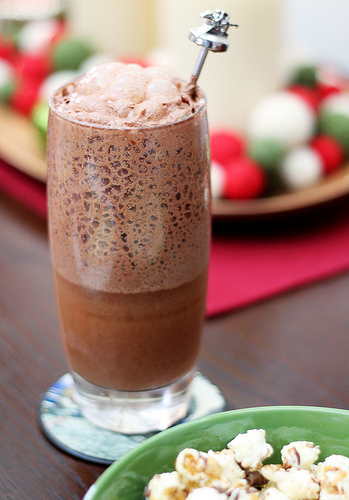 The origins of the egg cream remain shrouded in mystery, but most accounts mention Louis Auster and his early 1900’s soda shop in Brooklyn. Whether Louis and his now-lost original recipe did start the trend, or if the beverage came from Europe and was named by a muddled accent and misunderstanding, the egg cream seemed to be the beverage of choice for millions of Brooklyn boys and girls who would pop into their local soda fountain with a few pennies and a raging thirst after a long day of playing stickball in the streets. 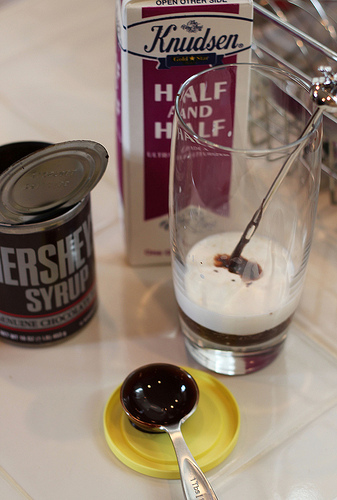 From what I’ve seen, all self-respecting New Yorkers will tell you that it’s not a REAL Egg Cream if you don’t use Fox’s U-Bet Chocolate syrup. We didn’t have U-Bet when this batch of drinks was made, but to remain true to tradition, I just bought some online for New Year’s Eve, and will let you know if there’s a big difference in taste.
To make your own NY Egg Cream for NYE, you will need the following:
Fox’s U-Bet chocolate syrup
Cold whole milk or half-and-half
Ice cold seltzer water
Gently pour 3 tablespoons of chocolate syrup down the inside of the glass. Pour 1/4 cup of cold milk or half-and-half into a tall soda glass, and briskly stir together. Slowly add seltzer. The resulting drink should have a dark brown bottom and a white foamy top (if you mix it too much, the foam disappears). My first New York Egg Cream had a nice white head (beginner’s luck, no doubt) but the second Egg Cream had chocolate-brown bubbly head. This could be known as a Bronx Egg Cream according to the radio interview with Robert Simonson below. 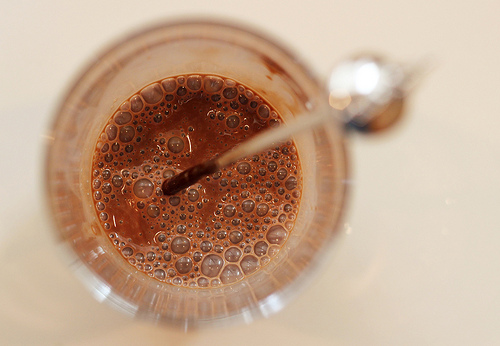 My Christmas-groggy family all enjoyed the egg creams. They had an old timey soda shop quality that came from the creamy lightness of the chocolate, and the fizzy fun of the soda. I sort of wish we had all been wearing bow ties and pin stripes like the soda jerks from the days of yore. Oh, days of yore… 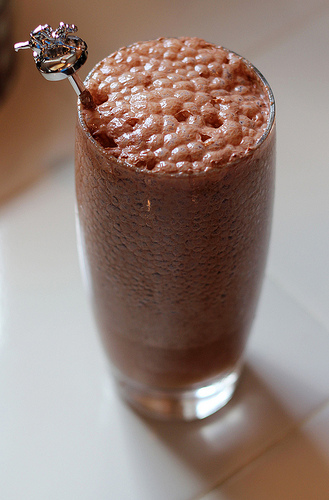 For more of the history on the New York Egg Cream, check out this online radio segment called Brooklyn Eats: Egg Creams from Heritage Radio Network.
Whatever the history of the egg cream, the drink is a classic and a total must-have at your swanky (“Old New York” themed??) New Year’s Eve party, or just a sweet drink to wrap up a long day of stick ball.

Christmas Morning Breakfast Favorite: Æbleskivers
Warning: count(): Parameter must be an array or an object that implements Countable in /webroot/r/a/radme001/primary/www/wp-includes/class-wp-comment-query.php on line 399