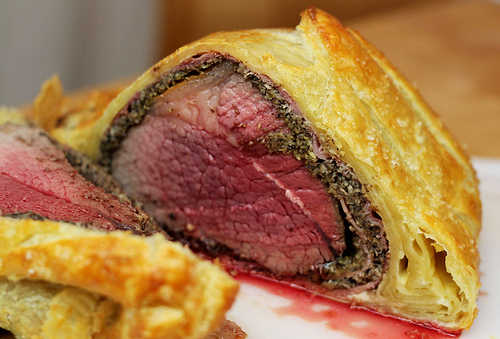 My husband and I are fans of Gordon Ramsay. I’ve said before (in the apple tart post) how much we enjoy his BBC show the F Word, and as this season of Hell’s Kitchen concluded, we noted how Gordon expects the chefflings from ALL of his shows, to cook three dishes perfectly. Those dishes are: scallops, risotto, and Beef Wellington. Sure, there are other dishes he demands while the veins in his neck pulse in harmony with his shrieks of expletives, but he seems to come back to those three dishes time and time again. I’ve seen nearly every season of Hell’s Kitchen and we (sadly) just wrapped up season four of the F Word on Netflix, so until season five makes its way online, we will remain Ramsay-less for an uncertain amount of time. Rather than filling that time calling each other “donkey” and smashing food, open-palmed when we are unsatisfied with it, we decided to take on the Holy Trinity of Ramsay, one at a time. 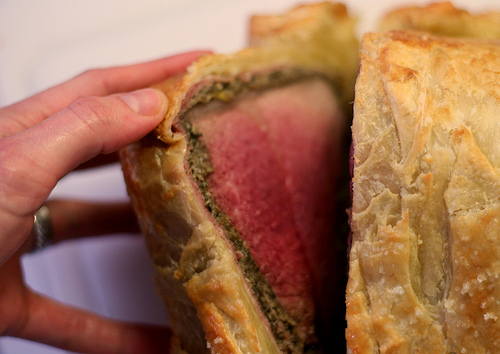 I wanted to start with the Beef Wellington. It looked the hardest, and would certainly be the most impressive upon presentation.

When I went to my local supermarket for the beef fillet (I was repeating “fill-it” in my head like my favorite Scotsman) I baffled the butcher when I asked him which fill-it (whatdyousaylady???) would be best suited for BEEF WELLINGTON (blank stare from the 18-year old meat “man”). I really should have gone to the farmers market…. Anyway, I came home with a heavy weigh piece of beef. Go big or go home I guess? It was nearly six pounds of muscle. Basically the size and weight of a new born baby.

I popped in the episode of the F Word where Gordon breaks down the Welly step-by-step, pre-heated the oven to 400 degrees and grabbed two boxes of puff pastry out of the fridge.

To make Gordon Ramsays Beef Wellington at home you will need: 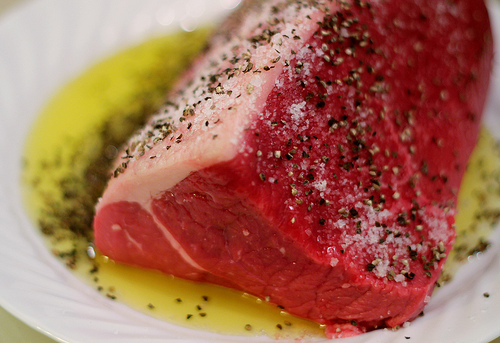 Heat two tablespoon of oil in a large pan on high heat. Season the fillet generously with salt and pepper. Sear the fillet in the pan on all sides until well browned. Remove the fillet from the pan and let cool for about 5 minutes. Once cooled, brush the fillet on all sides with yellow mustard. 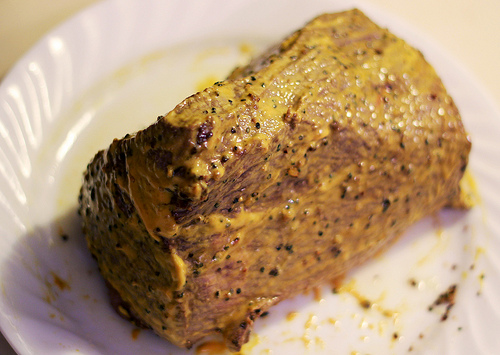 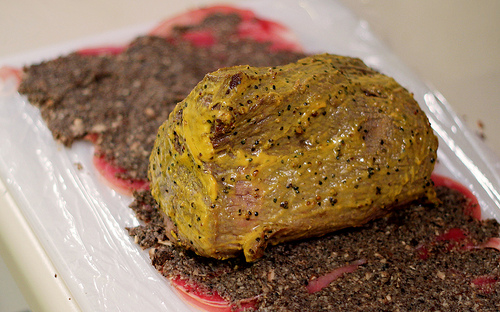 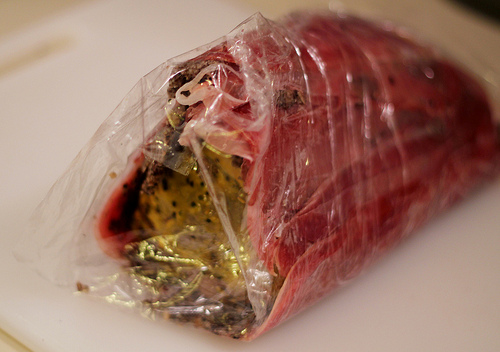 On a floured surface, roll out the puff pastry sheet to a size that will wrap around the beef fillet. Unwrap the fillet from the plastic wrap and place in the middle of the pastry dough. Brush the edges of the pastry with the beaten eggs (YOLKS!). Fold the pastry around the fillet, cutting off any excess at the ends. Place on a plate, and brush beaten egg yolks all over the top. Chill for 10 minutes. 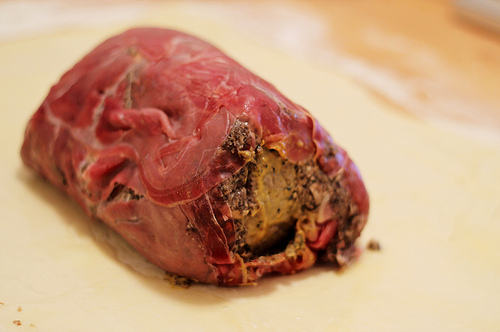 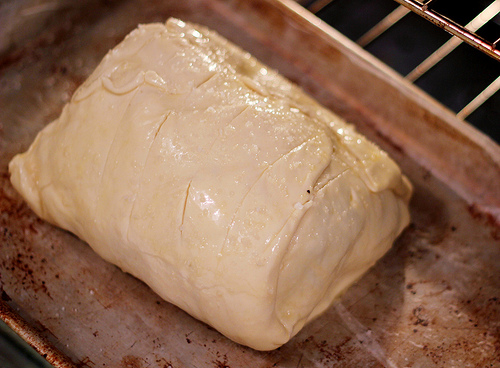 Place the pastry-wrapped fillet on a baking pan. Brush the exposed surface again with beaten eggs. Score the top of the pastry with a sharp knife. Sprinkle the top with coarse salt. Bake. The pastry should be nicely golden when done. (I baked my giant fillet for almost 90 minutes… To ensure that your roast is medium rare, test with a meat thermometer. Pull out at 125-130°F for medium rare.) Remove from oven and let rest for 10 minutes before slicing. Slice in 1-inch thick slices.
Serves 4 people per pound of beef. 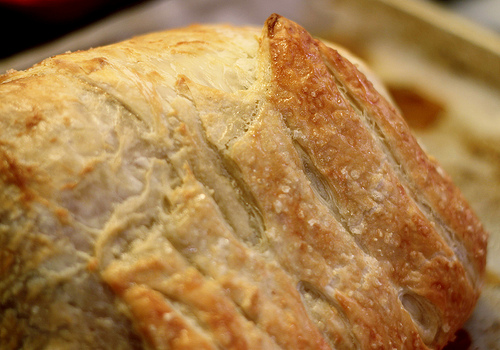 Despite having an entire cow’s worth of meat in my oven, the puff pastry cooked evenly, and after about 80/90 minutes the oven and a good ten minutes of resting, the meat was cooked to a perfect medium rare, and exceedingly well seasoned thanks to the initial browing of the meat, the mustard, and the incredible blend of mushrooms, and the salty cured ham. This meal was succulent, and fed us for DAYS. A smaller piece of beef would surely cook faster and be far more practical for a family of only TWO people. I will absolutely use a smaller cut of meat the next time I make this. 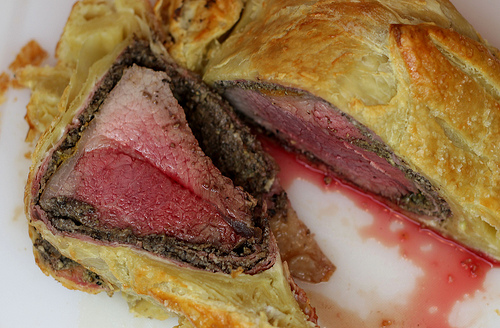 I only wish I could feed Gordon my Wellington next time around so that he could tell me, “well done madame” and I could bark back to him, “YES CHEF!”

To watch Gordon make this Beef Wellington with ease, I bring you this clip:

Cactus Cupcakes for a Themed Reception
Warning: count(): Parameter must be an array or an object that implements Countable in /webroot/r/a/radme001/primary/www/wp-includes/class-wp-comment-query.php on line 399