Gardening Recipes
Craft Projects Photography
On Saturday night, me and mine went out for Korean.
Ondal 2 is an unassuming, ivy-covered building in Mid-City Los Angeles. The staff is friendly and the wooden interior is bright and welcoming. There is covered outdoor seating, and $2 valet parking in the back lot. 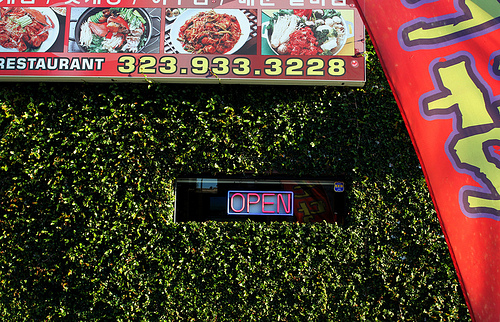 We arrived around 6pm, and at the time there were only two other tables occupied. I had Yelped Ondal 2 and seen that many reviewers had raved about the Spicy Crab Soup. Everything on the menu looked amazing, but at $45-$65 a dish, and portions so large you could feed a family with one item, this wasn’t the type of place for a married couple to order a few things and share. Unless you married into a Big Love situation.
We went for the Spicy Crab Soup at a hotness level of 5. The owner, James eyed our whiteness and suggested that perhaps a 4 would suffice, but we stuck with 5. Middle of the road, baby!
We put on our cloth aprons as thirteen or so appetizers were laid out for us. The spread included a whole cooked fish, zucchini crepe, octopus tentacles, slightly sweet dried seaweed, sautéed mushrooms, and an eggy block that was somewhere between a custard, Tamago and Sponge Bob Square Pants. It was a feast of flavors, but we needed to pace ourselves. 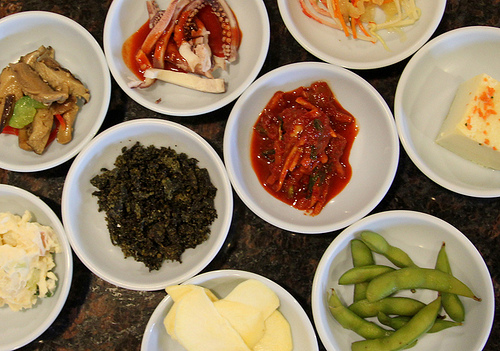 The heavy iron pot overflowing with whole crabs and a deep orange/red broth was brought out next. It was a beautiful presentation. The three large crabs were stuffed with crab cakes, and topped with rice. The legs and joints were cut up for our sucking and picking ease and pleasure. A generous helping of bean sprouts was topped with greens and mushrooms. The presentation was impressive. The smell was intoxicating.
The taste was epic. 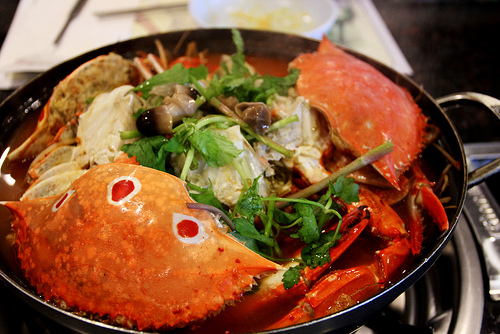 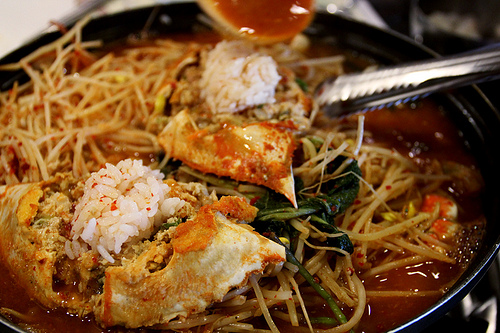 The soup stock was made up of complex and deep flavors. It was delicious. And spicy. We both laughed that we probably should have gone with a level 4 hotness, but we wanted to hold our own in this place as the only 6-foot-something redheads. Our noses ran as we groaned in pleasure with every bite. We sucked down one and a half crabs each, (thankful for our aprons) and then James returned. “Save room for the noodles and fried rice. It’s only a dollar more.” Only a dollar!?! How could we say no to this? Soon after, a woman wearing gloves and holding a ball of dough approached the table. She began tearing off small bits of the dough and dropping them into the now crab-less soup bowl on our table. She turned the heat back up and the dough puffed and danced in the rolling boil of stock. 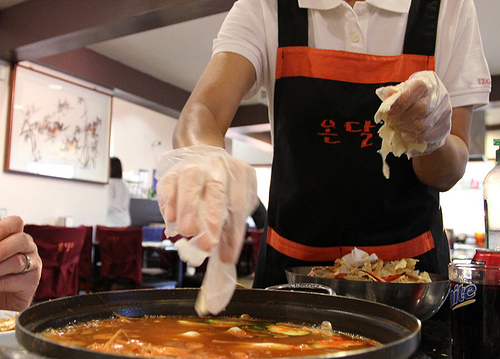 The noodles were amazing. Light, golden pillows that oh my GOD I had no room for. I was so full by this point; I ate one, MAYBE two noodles, and pushed the bowl away. 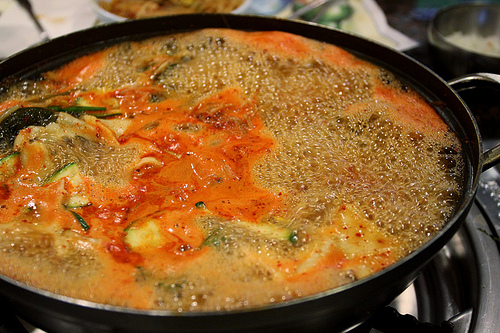 Fried rice was still on the way. I told James that we would need the rice to go, and he told us he was impressed that two people had consumed what would have easily fed three. I wasn’t proud of this. He was friendly as he chatted and mixed white rice with piles of spices and chilies to create our fried rice. 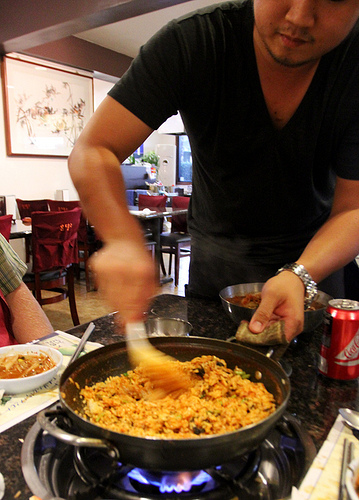 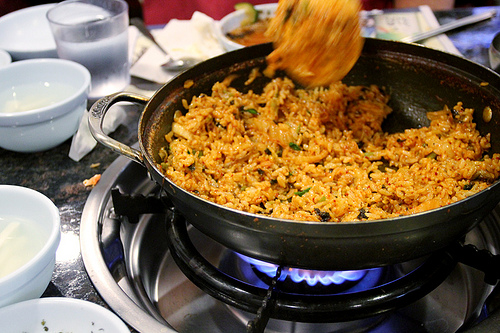 I scooped out one. small. spoonful. I was becoming afraid that I would explode and bits of me would have to be scraped off the walls. I considered unbuttoning my jeans underneath my Ondal 2 eating-apron. I sat in a silent, dully painful food-coma while my fella packed in a few more bites of rice. James returned, packed up the remaining soup and rice for us, and came back with two small bowls in his hands. Why god why? The bowls cradled a sweet, icy ginger liquid. He told us to drink up, and that this would help with digestion, and being that he was the owner, who was I to argue? 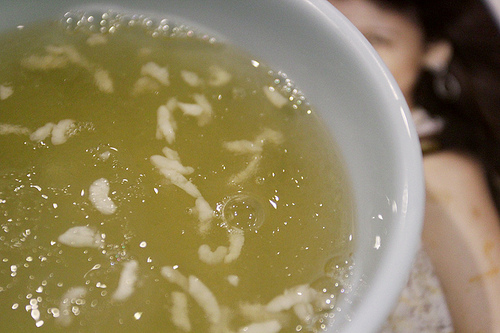 I took a sip and drained every drop of gingery sweetness without hesitation. Put a chopstick in me, I was done.

We paid, and waddled out of the now packed restaurant. As we left, we waved our goodbyes and told them, “See you soon! Next time, we’re bringing more people!”

Call me when you are in the mood for Korean.

Looking Back at Craftcation 2013

Sunday in Malibu
Warning: count(): Parameter must be an array or an object that implements Countable in /webroot/r/a/radme001/primary/www/wp-includes/class-wp-comment-query.php on line 399